'Without doubt the best work ever done by Gustave Dore was that for the Contes Drolatiques,' declares a New York Times article of January 24, 1883, looking back on all of Gustave Dore's work. 'We will place next the wood-cuts for Rabelais followed by the great series of drawings for Dante's Inferno.' 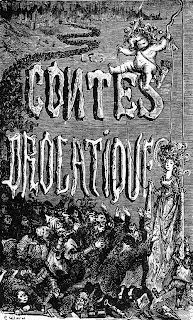 That one of Dore's earliest sets of illustrations - his only great publication before this was Rabelais' Gargantua and Pantagruel in 1854 - is considered his best work by the New York Times critic (I am unable to find the name of the writer of the article) suggests that certain qualities may have been lost in his later work. Indeed, as Dore became more and more determined to be appreciated as an artist rather than an illustrator his work seems to have lost some of its charm, though there is no doubt that his draughtsmanship and imagination, qualities for which he is most admired, remained right up to the very end. 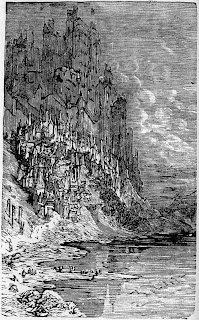 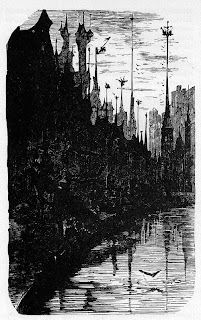 His illustrations for Balzac's Droll Stories are the most gothic of all of Dore's work. The full-page illustrations that are not dominated by the grotesque main characters feature moody skylines framed with ridiculously tall spires and dark, foreboding fortresses, while gallows, most of them put to use, are dotted over the land down below. The twisted medieval city is Dore's expressionist vision of Strasbourg, a place with which he was very familiar; he passed the cathedral every day on the way to school. I'm strongly reminded of the villages in Der Golem and Faust. 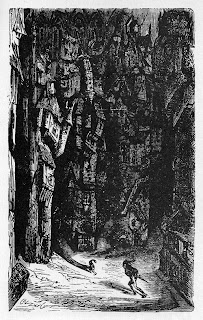 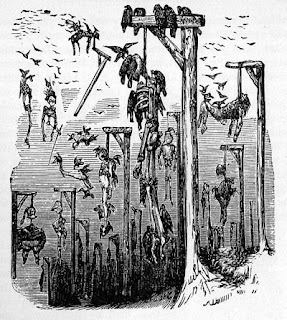 There is a tremendous amount of physical comedy juxtaposed with the extravagant horror. One of my favorite illustrations shows hundreds of bodies hanging from gallows, with ravens setting to work on them so eagerly that they lift some of the bodies, some uprooting the gallows as they do so. Another shows a young lover, in mid woo, being sliced in two by a rival for the object of his affections. Dore's boisterous vulgarity - which he represses in much of his later work - has never been more at home! 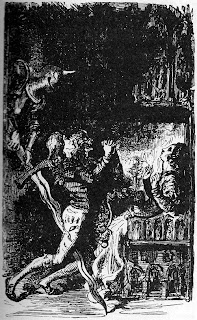 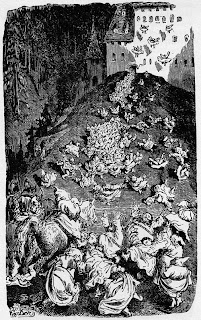 The character designs are wildly imaginative. Filling one or two full-page illustrations and quite a few vignettes are swarms of rotund monks (refugees from Dore's Rabelais illustrations) who specialize in falling over in comical fashion. There are also a number of characters who stay in their armor - helmets and all - all the time, feasting, reading and, indeed, sleeping with maidens with the stuff on. The only characters that disappoint are the beautiful women - as is always the case, they are little more than stock archetypes. Admittedly, though, they are more interesting than the damsels in distress featured in his later Perrault fairy tale illustrations, and they are surrounded by such an interesting cast of characters that it doesn't really matter - the diminutive servant carrying his mistress' ridiculously long train is a nice touch. 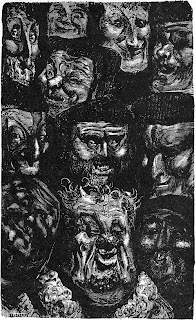 The highlight of all the illustrations, though, are the full-page illustrations dedicated entirely to the grotesque faces of the main characters. It is here that Dore proves himself, more even than in his cartoons for the Journal Pour Rire, as a master of the grotesque. In no other publication does Dore pay such close attention to facial features. 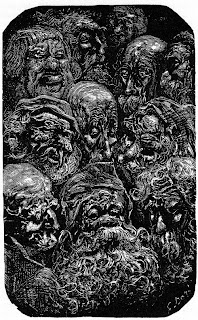 What interests me about the faces in the illustrations is the sheer variety. They do not appear to be constructed in as regimented a manner as most artists plan out a facial drawing (eg. Leonardo, who divides the face, however deformed, into planes). Possibly this is a side-effect of any lack of formal art training on Dore's part, but, in this instance, it has a positive effect, allowing the faces to seem at times impossibly twisted and deformed. Some of them even appear to be disintegrating before our very eyes.
Here are all twelve full-page grotesque faces from Dore's Balzac illustrations. 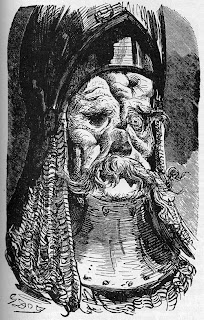 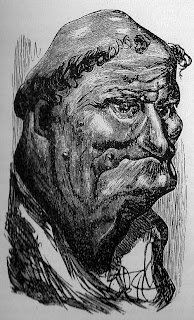 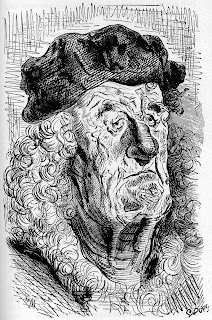 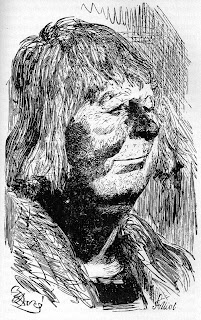 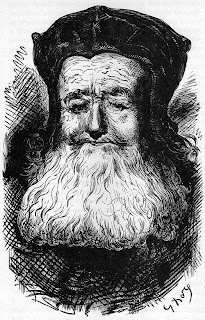 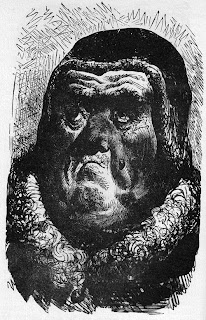 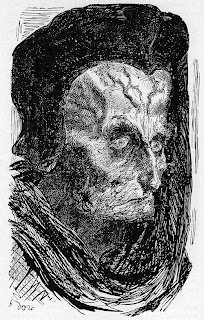 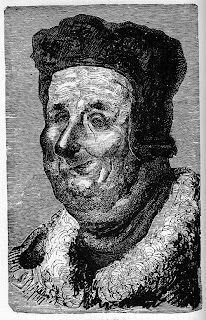 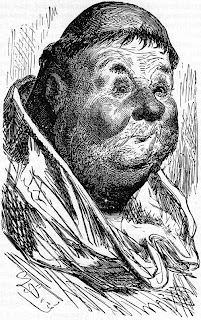 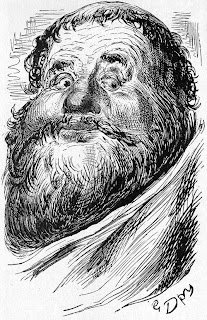 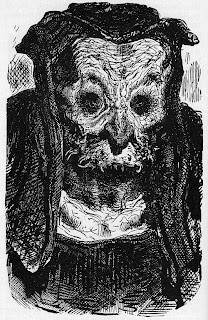 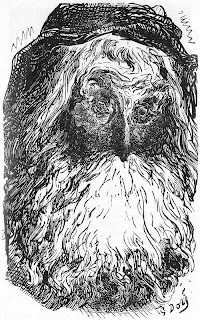 I recently went to the opening night of The Cartoonists, an annual show at Chris Beetles in London. Alas, there is no Gerald Scarfe and no Steve Bell, but there is Ronald Searle, Peter Brookes, Giles, Tony Husband and many others, as well as old greats H. M. Bateman and W. Heath Robinson. 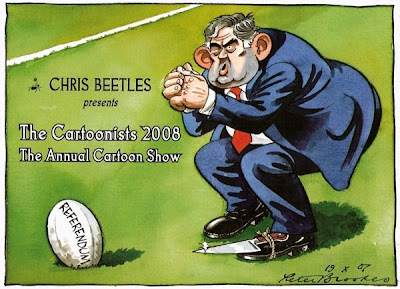 I've been a fan of Peter Brookes ever since I was eight and saw his cartoon of Margaret Thatcher as the Rabid Old Bat (Federalis Anathema), part of the Nature Notes series. I wrote twice to him, sending him some of my own drawings, and he replied, encouraging me to continue drawing, and even sending me a sketch of Dan Blair (from another wonderful series of cartoons, based on Dan Dare, with Tony Blair as Dan Dare and William Hague as the Mekon, with his enormous bald head). Nature Notes is still going on, appearing every week in The Times and exhibited every two years at the Chris Beetles Gallery.
Posted by Luke Farookhi at 05:33 No comments: